I hired Jeff after becoming frustrated with my previous attorney, and I am so glad I did. Due to my ex-wife’s false allegations of family violence, I had not seen my children in over 12 months and ...

A Lawyer who cares.

I looked for several attorneys and none who seemed interested in my case. I met with Ms. Loyd for a free consultation and she really seemed to show compassion and made me feel that everything was going ...

A Woman with Integrity

I've never met a woman with more integrity. She provided extraordinary counsel during my very difficult and extremely emotional divorce. I could not have got through it without her compassion, level head, and calmness. I still recommend ... 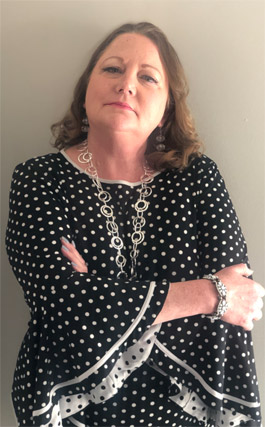 Shannon S. Pritchard is an 18 year veteran trial attorney in the family law arena. Shannon is well known for her straight forward approach to handling complex divorce and child custody cases. Shannon tells clients what they need to hear, not necessarily what they want to hear. And because she does this, she has a strong reputation with the legal community, both practitioners and the judiciary, as a straight shooter – she helps you tackle difficult issues head on, with a mind to what the best outcome should be for your family.

Shannon completed her undergraduate degree at the University of Texas at Arlington, and majored in History with a Pre-Law emphasis.

She then attended Texas Wesleyan University School of Law, now known as the Texas A&M School of Law, where she graduated in 2000, and was licensed in November, 2000. She was honored to be named on the National Dean’s List as the only representative of the law school for the academic year 1999-2000, and was chosen by her peers to be the class speaker in May, 2000.

In the early years of her career, she practiced in Traffic ticket defense, Bankruptcy, Wills and Probate, Civil, and Personal Injury litigation. Eventually she began to work in the Family law arena, and discovered that she had an ability to empathize with families who are in transition due to an unfortunate upheaval in a marriage or family unit.

Shannon has worked on cases ranging from simple divorces with no children and minimal financial issues, to complex cases including closely-held business interests, issues regarding protection of children in at-risk situations, parents with drug and alcohol issues, and most recently helped conclude a modification that took a child away from an abusive mother with Munchhausen-by-Proxy issues and placed the child with his father, who had been excluded from the child’s life through the mother’s manipulations of the court and medical systems.

Ms. Pritchard is mindful that litigation can be painful, confusing, and expensive, for the average person who is going through a divorce, or needs to enforce child support or possession and access. For that reason, she spends time explaining the process, and prefers a strong communication stream between herself, her paralegal, and the client. Although not trained in the Collaborate Law process, she strives to work cooperatively with opposing counsel or parties to reach agreements when possible.

“I always tell my clients that I prefer to work out a solution that is best for the family – that’s the carrot. But if using the carrot is not successful, I’m not afraid to use the stick – having a hearing in Court.”

Ms. Pritchard has been named to the Super Lawyers list for the last 5 years, the Fort Worth Top Attorney’s list for several years, the 360 West magazine Top Attorney list for 2 years, and is on the Board of Directors for the Tarrant County Family Law Association, where she currently serves as the President-Elect.